If you already have data that are in an SPSS file format (file extension “.sav”), you can simply open that file to begin working with your data in SPSS. However, if you have data stored in other types of files, such as an Excel spreadsheet or a text file, you will need to instruct SPSS how to read the file and then save it in the SPSS file format (“.sav”). Below, we will cover how to import data from two common types of files: Excel files and text files.

Importing Data from an Excel File

Once the data in your Excel file is formatted properly it can be imported into SPSS by following these steps: 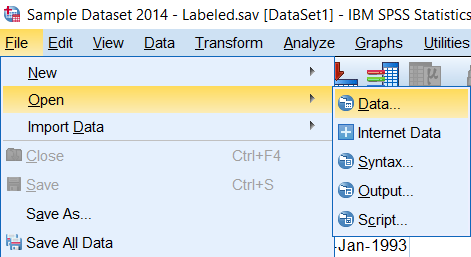 2. In the Files of typelist select Excel (*.xls, *.xlsx, *.xlsm) to specify that your data are in an Excel file. If you do not specify the type of file that you wish to open, your file will not appear in the list of available files. Locate and click on your file. The file name will appear in the File name Click Open. 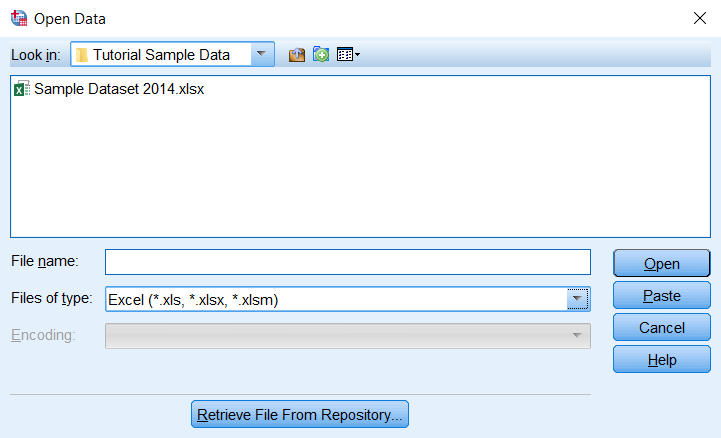 3. If you are using SPSS Version 25, the Read Excel File window will appear. 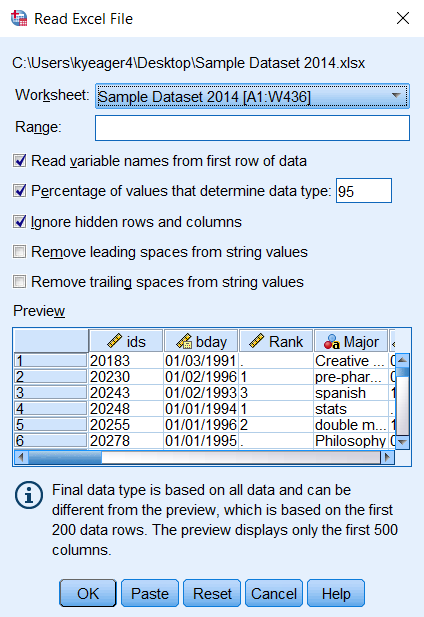 4. If you are using SPSS version 24 or earlier, you will instead see the Opening Excel Data Source window: 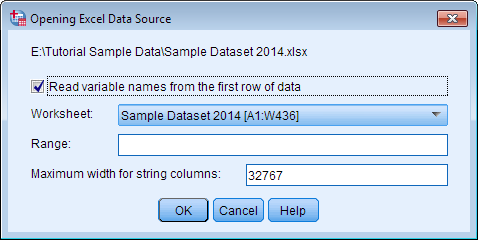 The meaning of Read variable names from the first row of data checkbox, the Worksheet dropdown, and the Range box are the same as above. The Maximum width for string columns option determines how wide a string variable should be; it is suggested to keep the default value unless you have a reason for altering it. 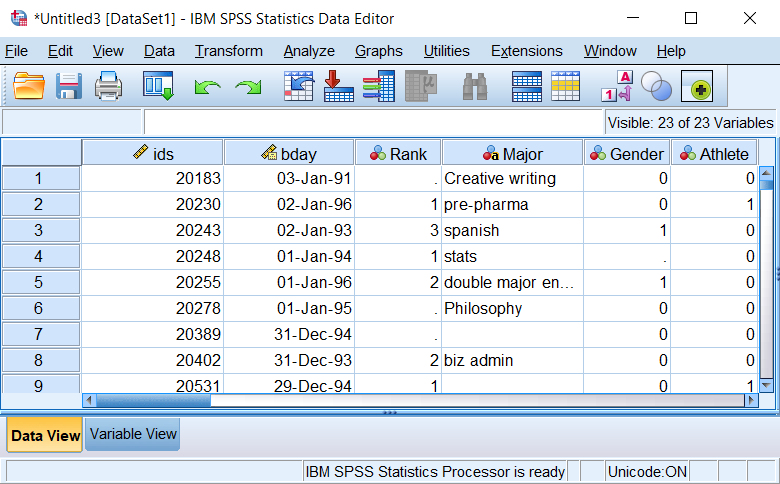 For customized inquiries, drop me an email below

Click Here to Get 30% Discount Code For Your Order